We are very excited to welcome Author Tara Mayoros to our blog today! She has a brand new Christmas novella coming out soon, but with a cover this fantastic, it deserves a little bit of a celebration today! 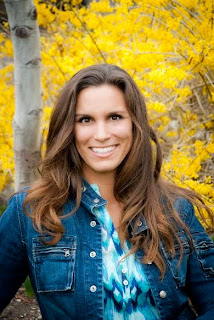 First let me introduce you to Tara

As a child, Tara Mayoros moved to Asia with her family where her love of different cultures and travel began. In college she satisfied her wanderlust by moving to China, filling her head with countless stories, and occasionally writing them down.

Years, marriage, children and many adventures later, she picked up her dusty pen and paper (or laptop) and realized that writing took her to different worlds and gave her the experiences that she yearned for. As an author, artist, baker, music teacher, gardner, and nature lover – she sees the beauty in the process, and the miracle, of creation. The Rocky Mountains are her home and they call to her whenever she finds herself in need of inspiration.


Now for a little information about this brand new book coming out...

In the Christmas novella Eight Birds for Christmas, a Holiday funeral sends Laidan into a dormancy of sadness. Holed up in her mother's lake house with her best friend and her bodyguard, birds appear one by one as gifts that help her through a time of grieving. Each birds carries with it a word and a hope that things will begin to look up.

Hurt from the realization that the rock star life Laidan led had made her selfish, the birds reveal forgotten memories and glimpses into how she can become a better person. It will take confronting her past to make peace with her future. By taking to heart the gifts the birds bring, Laidan begins to realize the true meaning of Christmas and that there are other ways that she can share her song.

Are you ready for this?

Hope you are ready for a huge rush of holiday spirit,
because here it is...... 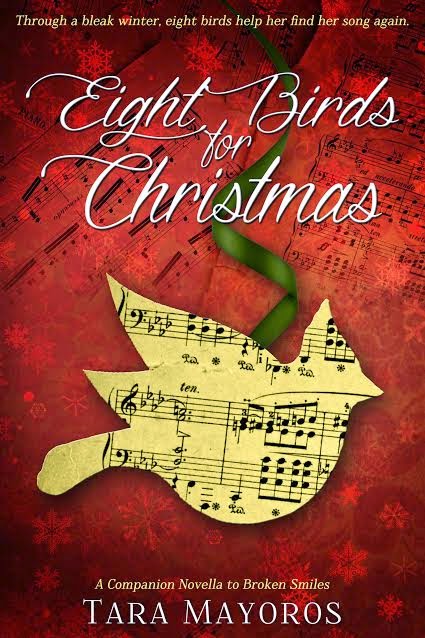 Don't forget to leave a comment below, and let Tara know what you think!!!

Don't forget to check out the other blogs helping us spread a little bit of Christmas spirit today with this beautiful cover reveal!

We are so excited about this new cover!!

Author Ashley Nixon held a launch party about a month ago to show off her new book.
Here is the old cover: 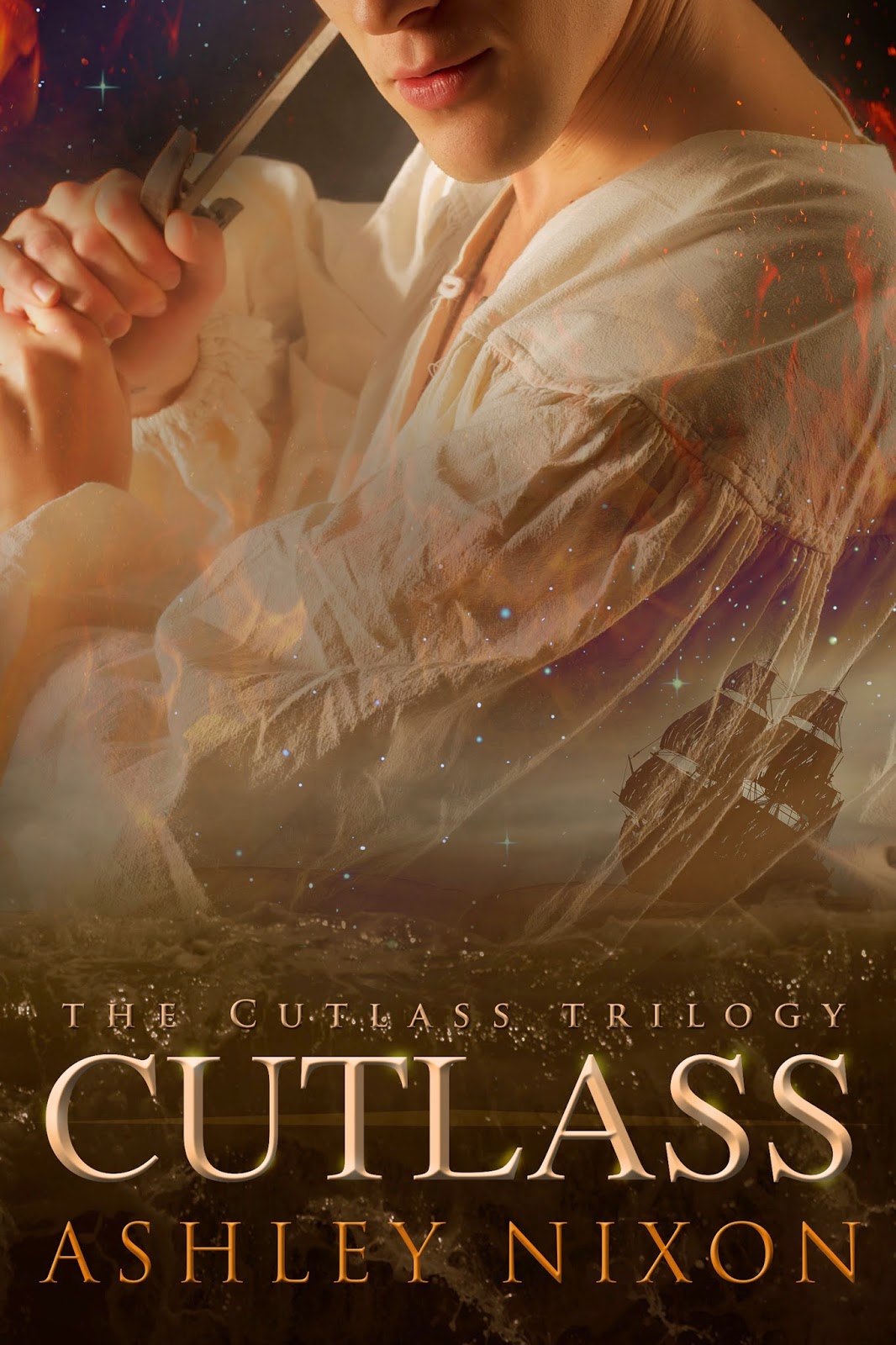 Synopsis: Notorious pirate Barren Reed has one thing on his mind: Revenge against the man who killed his father. So kidnapping his enemy's fiancé seems a perfect plan…until he actually does it.


Larkin Lee is more than a pretty face and fiancé to a powerful man. Her fierce personality is enough to make any pirate want to push her overboard.

But when the King of the Orient comes to Barren with a task—to find the Bloodstone, a powerful gem thought only to exist in legend, Barren sees another opportunity to destroy his enemy. Together, Barren, Larkin and a crew of pirates set off to find the stone, only to discover it caused the death of Barren’s own mother and Larkin’s, too. As his strongest allies turn into his greatest enemies, and the life of the girl he kidnapped becomes more important than he ever dreamed, Barren’s quest for revenge becomes a fight to save the Orient.

The book is Young Adult high fantasy. It's not just about pirates, there are elves and magic and all that fun stuff! I do have to ask since September 19th is a Friday and I work 8-5, is there anyway to have it at like 6? Or is that too late? I think a two hour one would be fun, you don't think it would be too long, do you?


We absolutely loved this cover and did not think it could get any better!

Ashley is amazing! Let's introduce you to her: 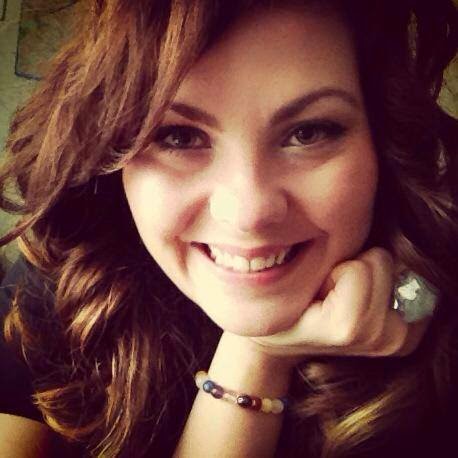 Author Bio: Ashley was born and raised in Oklahoma, where the wind really does sweep down the plains, and horses and carriages aren't used as much as she'd like. She has a Bachelor's in English Writing and a Master's in Library Science and Information Technology. When she's not writing she's either working out or pretending she's Sherlock Holmes. Her obsession with writing began after reading the Lord of the Rings in the eighth grade. Since then, she's loved everything Fantasy--resulting in an unhealthy obsession with the 'geek' tab on Pinterest, where all things awesome go.


Ok are you ready to see the new cover? 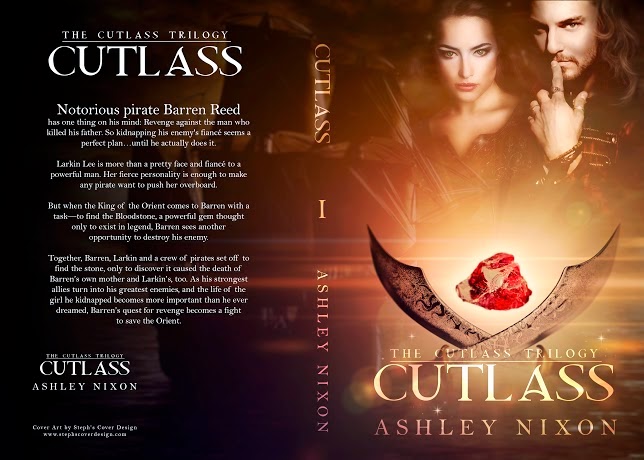 
And don't forget to support the others who are helping spread this good news about this cover today! 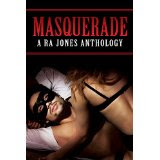 
Rating: 5 out of 5
Review:
These were some of the hottest stories I have read. Some left me wishing for more, others gave just enough. The writing from these authors were in depth, providing a picturesque description without the need to be too graphic. My favorites had to be Dancing with Death, Secrets, Fables Deux. Each story brought something different to the table, but was drawn to the writing styles, description, characters and plots.
Masquerade is a great anthology set currently at a tempting price of $0.99. I strongly suggest you pickup your copy today and feel the heat this winter season.
http://www.amazon.com/Masquerade-Jones-Anthology-C-P-Mandara-ebook/dp/B00OGWXAI2/ref=sr_1_4?ie=UTF8&qid=1415713647&sr=8-4&keywords=hunter+s+jones
Posted by Andrew Hess at 9:00 AM No comments: 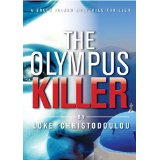 Synopsis:
'EVIL UNDER THE GREEK SUN'
If this summer you are thinking of travelling to the majestic, sun kissed Greek Islands, think again. A sadistic killer is on the loose.
THE OLYMPUS KILLER...
Over the picturesque Greek Islands, bodies are piling up fast. Bodies tortured, mutilated and strangely connected to ancient Greek mythology. Hellenic Police Captain COSTA PAPACOSTA is called in to assist young, top of her year, foul mouth, food loving Cretan, Lieutenant IOLI CARA in solving their most complex case yet, while facing his own demons after the tragic loss of his daughter.
The OLYMPUS KILLER, as the tabloids refer to him by, is a cunning, sadistic murderer with a haunting past. A past revealed to us through his mother’s story set in Dayton, USA.
Will the two officers catch the murderer in time or will the Olympus Killer have his revenge?
A model with arms brutally chopped off...
Twins decapitated and their heads used to form a sun and a moon...
Papacosta and Cara are always one step behind the killer all the way to the shocking end!

Rating: 4 out of 5
Review:
I enjoyed the book quite a bit, but thought it was too easy to figure out who the killer was. However, the book had a lot of description which helped to paint the picture of the story and kept you involved by the use of great characters, learning about Greek culture and mythology as well as the usage of plot twists that kept you wanting more. 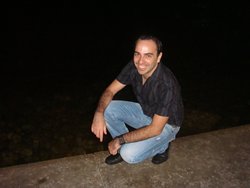 Luke Christodoulou is an English teacher (MA Applied Linguistics - University of Birmingham), a poet and an e-book author. He is also a coffee-movie-book lover.His first book, 'The Olympus Killer' (Top 30 BESTSELLER - International Mystery and Crime), was released in April, 2014. The book was voted Book Of The Month for May on Goodreads (Psychological Thrillers). The book continued to be a fan favourite on Goodreads and was voted BOTM for June in the group Nothing Better Than Reading. He is currently working on the second and third book from his planned Greek Island Mysteries book series.He resides in Limassol, Cyprus with his wife and daughter.Hobbies include travelling the Greek Islands discovering new food and possible murder sites for his stories

Like what you read here? Then pick up your copy of The Olympus Killer by Luke Christodoulou on Amazon today.
http://www.amazon.com/Olympus-Killer-Island-Mysteries-Thriller-ebook/dp/B00JMTRPTE/ref=sr_1_1?ie=UTF8&qid=1415195975&sr=8-1&keywords=Luke+Christodoulou
Check out my page for upcoming events and books
http://www.amazon.com/Andrew-Hess/e/B00COCQJ5M/ref=sr_ntt_srch_lnk_2?qid=1415197707&sr=8-2
And make sure to leave reviews on Amazon for the authors to read. Remember, you have a voice; use it.
Posted by Andrew Hess at 9:33 AM No comments:

Temporary Synopsis:
Cordelia and the gang are back for one last time. Cordelia needs to fulfill the great prophecy to save her home country Ithaca and the people that live there. Will she be able to save the people she loves? Or will evil consume her?
Goodreads: https://www.goodreads.com/book/show/18809954-broken-prophecy 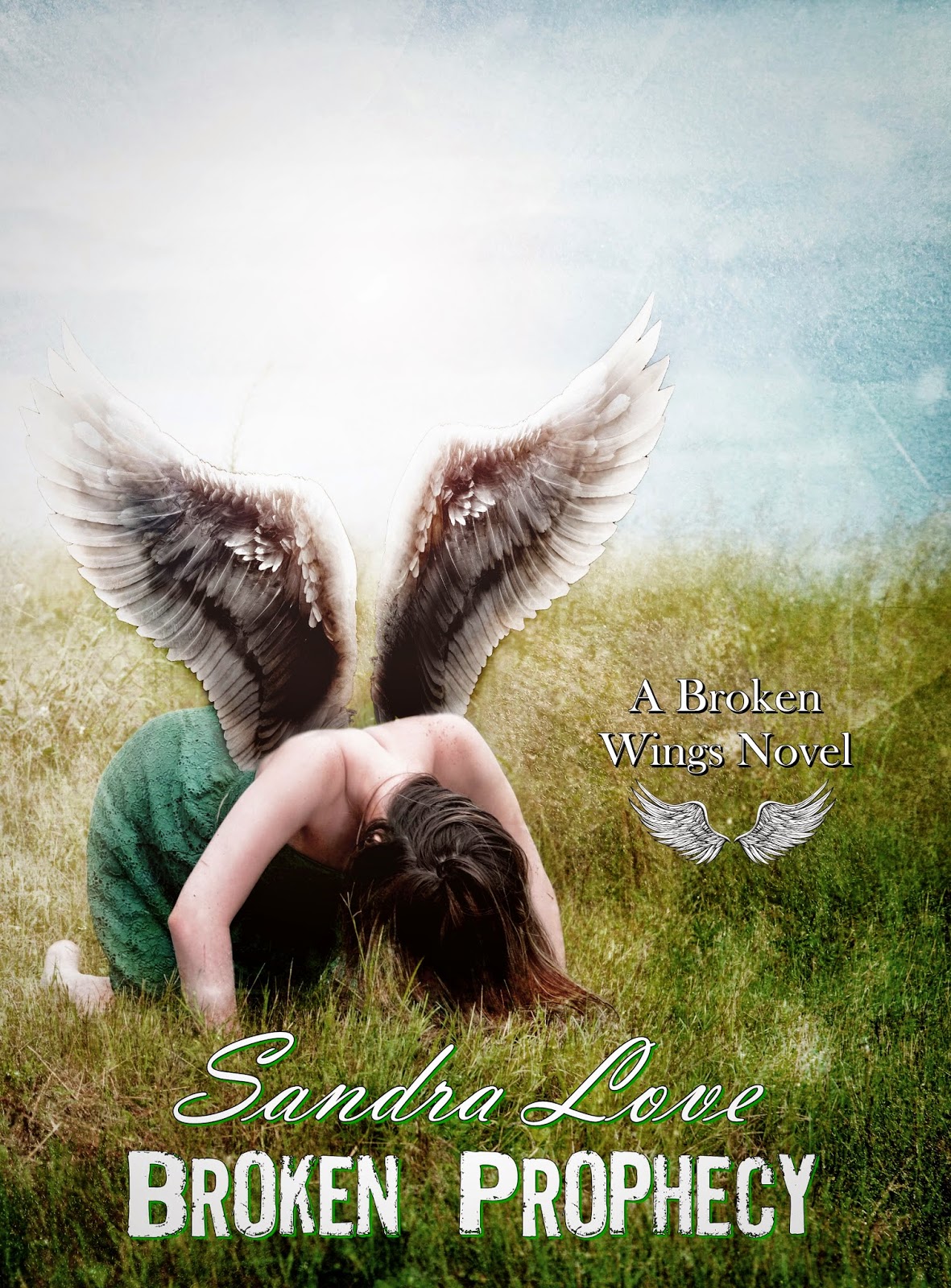 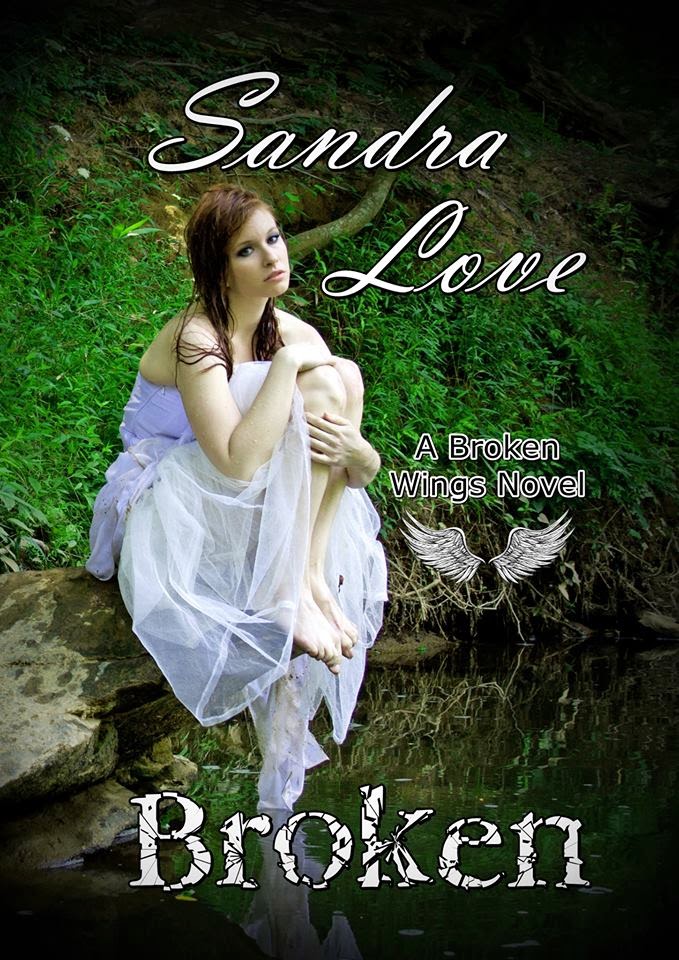 Cordelia Rose has a horrible life. She gets bullied by students at school, beaten by her father, practically abandoned by her mother, and wants to end her life and suffering. But when some strange things start to happen, she questions whether or not she has a purpose in this life.

Then she meets a brother and sister that means more to her than she realizes. They are her protectors, and her kindred spirits. Just like her, they are bruised and broken, though for different reasons.

When she finally discovers the truth of her existence, her mind is jumbled with everything She has to take in; not to mention the battle she has to fight inside and out.
US: http://www.amazon.com/Broken-Wings-Sandra-Love-ebook/dp/B00HGZISYM
UK: http://www.amazon.co.uk/Broken-Wings-Sandra-Love-ebook/dp/B00HGZISYM 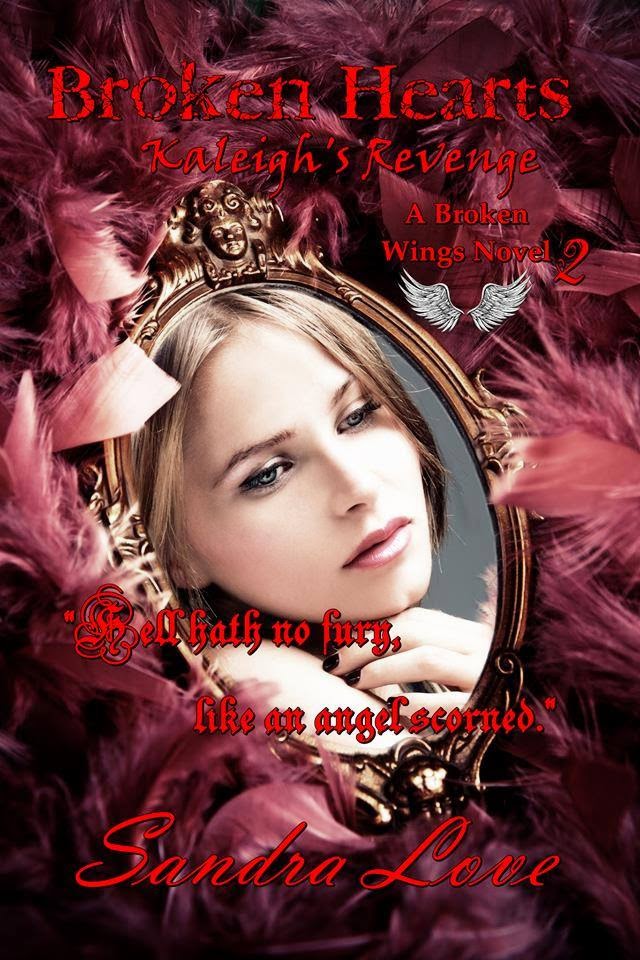 Kaleigh had her heart broken.
And now she wants revenge.
But that's hard amongst the battle
raging around her in
her home city of Ithaca.

Add to that the fact that she's a fallen angel
with a curse, and you've pretty much got the worst
time of her life.... 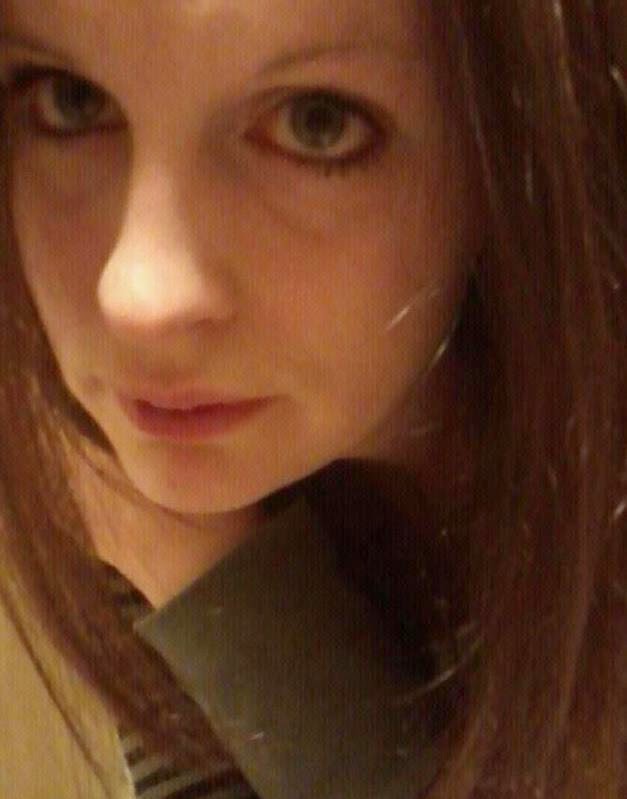 About the Author:
Sandra Love is a new to the author world, publishing her first book in 2013. She currently lives in Michigan, with her son and partner. Sandra is very lucky to have a sister Amanda, who has been there with her through everything, including helping her with the editing of her books. She is also very lucky to have her editor Genevieve Scholl. Sandra has four cats, Stubby, Odin, Thor and Freya. She loves to spend hours reading her favorite authors and writing. Her favorite genres are Paranormal, supernatural and romance. Sandra's first series of books (Broken Wings) is a Supernatural romance. She currently has 3 books out, Broken, Broken Hearts: Kaleigh’s Revenge and To Love Again. She is working on book 3 of the Broken Wings Series; Broken Prophecy. It is due out later this year or early next year. Her inspiration are Indie Authors. She loves and adores them all.
Follow Me:
Facebook: https://www.facebook.com/authorsandralove
Goodreads: https://www.goodreads.com/author/show/7339622.Sandra_Love
Pinterest http://www.pinterest.com/sandeelove1980/
Twitter: https://twitter.com/lovesandee951
Blog: http://authorsandralove.blogspot.com/ 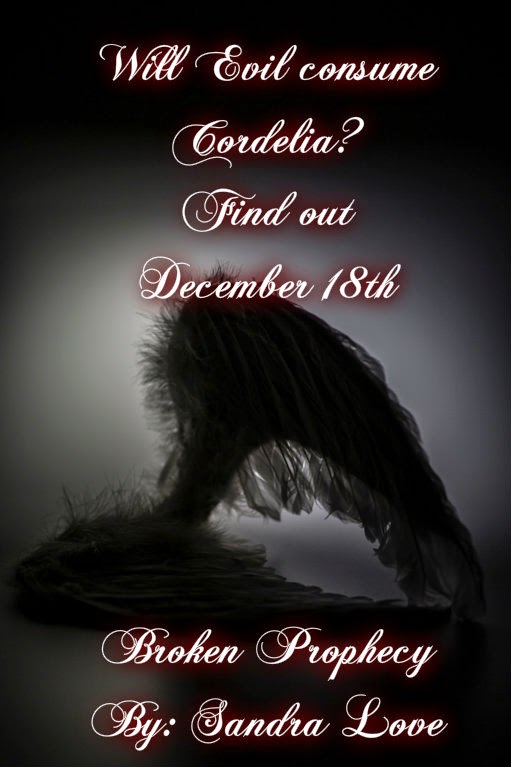