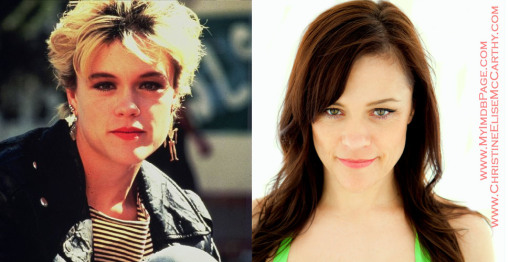 If you could only bring three items with you to a deserted island (non-writing items or people) what would they be and why?

Assuming my dogs are either already there or also banned as choices – and assuming electricity were there – an internet-connected computer because that is access to everything.  Ditto with a Kindle or iPad or something.  Music would be hard to give up, too.

Assuming no power – a harmonica (I would love to teach myself to play), something to draw on & something to draw with and, allowing that paper & pen only count as one thing, a Victrola & some vinyl?    Am I cheating?  Does drawing count as writing?

Not at all.  A Victrola and vinyl are interesting choices that I’d find interesting just because people are so quick to jump at saying iPods or a CD player that they forget that eventually you would need to plug them in to recharge.

The world is going to end tomorrow.  How do you live out your remaining time?

Eating sushi & caviar with all the trimmings (I recently gave up seafood) & a STEAK (I gave up meat 25 years ago) with my dogs & whatever friends I could collect and drinking some great champagne & red wine – and I would want to talk to my parents & my boyfriend – as none of them live in California with me.

Someone wants to make a movie based on your life.  Who would you pick to play you?

Jane Lynch is such a great actress. I never realized how many movies I’ve seen her in until I searched her name on IMDB.

Alive or dead, who is the one person you would want to interview and why?

Another lame answer – Marilyn Monroe.  For every stupid reason anyone has ever said.  I have always admired her.

Oh – hey – and if I am going to be obvious and lame – lemme add Jesus to the list.  I don’t think that needs any explanation – but I would LOVE to hear his take on modern Christians – and on our new, AMAZING Pope!

I don’t ever think any answer is lame for the simple fact that everyone has their reasons for why they’d want to talk to a specific person. On a side note; I think your third would be the most enlightening choice. I too would like to hear what he would say about modern Christians.
Okay, crystal ball time.  Where do you see yourself in 5-10 years?

Fatter & older.  I’m fighting the fatter but the older is a mutherf#@&er.   I hope I do not fall into the surgery trap – though I know why women do.   I just think it makes them all look even OLDER and so sad.  So – I am hoping I will age gracefully.

Fantasy?  I’d like to have several additional novels written, published & critically and commercially adored!  And I would like to be struggling with the woes of finding time for my award-winning career as an actress on top of my literary success!  How DOES a girl fit it all in??  J

Are my answers just pathetic?  lol

Not at all; I think they were funny and amusing.
Any final words for our readers?

I hope you will give my book, Bathing & the Single Girl a read!  Despite the title & cover – it is not a chick book!  Trust me.  Once you crest the first 100 pages – it gets scandalous & raunchy – like the filthiest bar humor.  I promise – both men & women – you will literally laugh out loud!

Where can we find you?


Check out her photography – www.MyPinUpArt.com